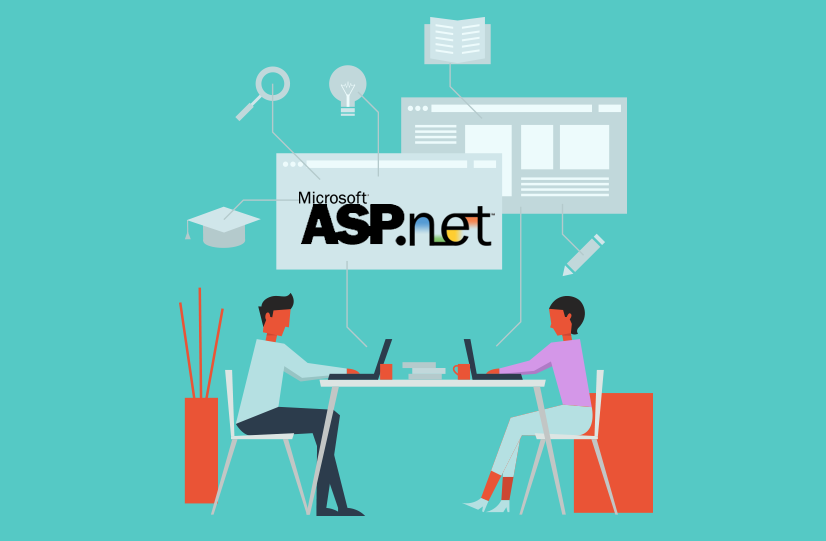 A few years ago, companies didn’t have the choice to add desired features to their enterprise web applications without paying a high price. But now they can do so, all thanks to Asp.net framework. .Net community and Microsoft released around 11 years ago.

The open source network provides cross-platform support, which includes Command Like Application and runs on windows, .Net framework, and cross platforms. The framework also supports internet of things, mobile, and cloud-based solutions. Its flexibility and scalability have made it one of the most favorite enterprise web application development framework around developers across the globe.

Around 23.2 percent business and industry enterprise applications in the United States, the United Kingdom, Canada, Australia, and India are built using Asp.net. Top websites that use Asp.net framework include live.com, msn.com, accuweather.com, and obviously microsoft.com.

Here are six key benefits of Asp.net that make it an ideal choice for enterprise web application development:

1. Easy to Update and Maintain

A few years updating was difficult for companies because it was compulsory for them to update the framework when a new update was released. However, when Microsoft and .Net community released MVC 5, the drawback became Asp.net biggest benefit. If you purchase the NuGet package, you don’t even have to worry about updates because it happens automatically.

Hire dedicated Asp.net developer in India to develop an enterprise web application and you’ll never have to worry about updates. On the other hand, Asp.net is easy to maintain because it involves less coding. Lesser the coding, easier it is to maintain the enterprise application.

The latest Asp.net Core offers cross-platform support, which is essential for the enterprise application to work across different platforms. This means, when you code a web application using Asp.net, it will run on Mac, Linux, and Windows. The same C# code is used in the backend. In simple words, it raises traction across all platforms.

Also, it is up to the developers to choose the development OS. This comes as a blessing when a team of developers is working on the same project and each of them is comfortable with a different operating system. Integrated development environment makes this wonderful experience possible.

With major upgrades and enhancements, Asp.net is unarguably the fastest performing framework. When you use Asp.net Core framework to compile code, it compiles in such a way that increases the performance. It saves a lot of time since you don’t have to type multiple codes but simply recompile it.

When Asp.net Core framework’s speed was tested, the results showed that it is 859 times faster than previous versions. Now that is the kind of long-term trust and commitment you need from a framework. This is one of the major reasons why Asp.net web developers in India stick to their favorite framework.

You don’t have to depend on third-party frameworks including Ninject and AutoFac because Asp.net released its very own dependency injection. It is inbuilt n MVC version 6 of Asp.net Core.

Several Asp.net Application Developers in India choose to stay with the framework because it provides inbuilt templates for Angular and React, two of most favorite single page application frameworks. This feature lets you build a 100 percent functional front-end web apps with no difficulty.

If you want to build an enterprise application for your business, reach out to Kanhasoft today. We are a leading web application development company in India and provide web solutions specific to your needs.