Everything You Should Know about .Net Framework 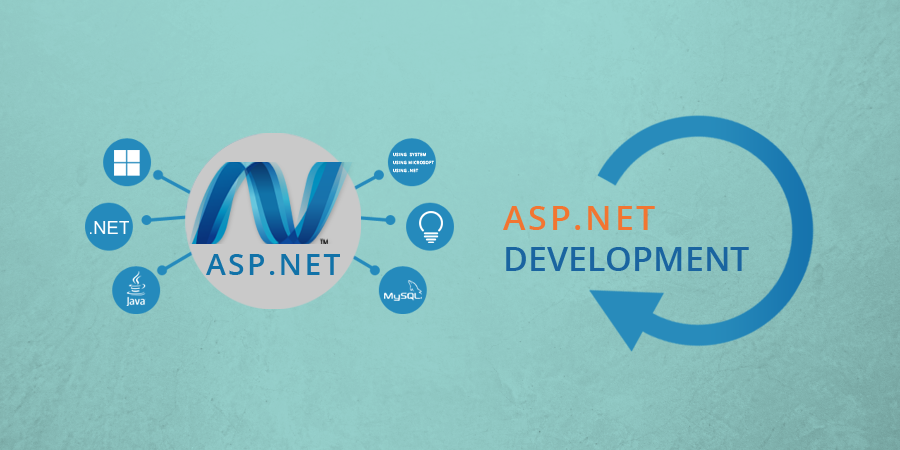 .NET is a web development framework by Microsoft that makes coding a lot less hectic. In simple words, the framework contains sets of already written codes. So when a dedicated ASP.NET developer wants to code about the calendar, he can pull it out in a single command.

There are 44,633,908 live websites and web applications developed using ASP.NET with most of them being in the United States, followed by the United Kingdom, Canada, India, European Union, and Australia in descending order. Before you become an ASP.NET developer, you should everything there is about ASP.NET application development.

#1 What is the .NET Framework?

It is a model of programming to develop and run software/web applications on windows based platforms. .Net framework is a package if a large class library known as Framework Class Library(FCL) and Common Language Runtime(CLR) which provides language compatibility across various programming languages.

Whether you work on Windows or Apple operating systems isn’t a concern for using the ASP.NET framework. The apps you create can also run on Linux. You can visit Github to access completely free open source libraries, compiler, and .NET Core runtime. Git Hub also takes contributions, so if there’s any library that you’ve created, you can upload it there for others to use.

#3 Does it Come under Open Source Licenses?

Even though it isn’t completely free, some of its parts are. Microsoft made C# compiler Roslyn open source under the Apache License, which means you can download it from Github like mentioned earlier. All guidelines to download and use it are mentioned clearly on Github.

#4 What Coding Language should I use?

C# was used to code ASP.NET, so you will have to use the very same language for your web application development project. The language is designed in a such a way that it boosts productivity, simplifies type declarations, and is safe for use for any type of applications.

#5 What does it Exactly Mean?

Pronounced dot net, .NET is a framework with a detailed list of programming guidelines. You can use it to code for mobile applications, ASP.NET web development services, and website development.

#6 What is Visual Studio?

It is an Integrated Development Environment, a place you can use to write C# code for your web application. The environment allows you to edit the code, debug, manage servers, analyze the performance of the project, and develop interface design.

#7 Does it Have a Good Library?

.NET has one of the largest libraries. It contains code for all types of data structures, big and small. Most of these libraries are coded by developers who work with the framework. You should definitely check out database access, encryption, and security libraries offered by .NET.

#8 What All Jobs can You Get if You are a .Net Developer?

#9 How Important is .Net in the Real World?

If you plan to open an ASP.NET application development company, you are definitely going to get a lot of business because it is a widely popular framework. You can use it to develop web applications and websites that are written in JavaScript, HTML, and CSS.

#10 Do Famous Companies use the .Net Framework?

Some of the famous companies use .NET framework include Dell, Epic Systems, Accenture, HCL, Quicken Loans, TCS, and Title Source. A few others include Bank of America, Booking.com, Cancer.org, Best Buy, and Blackboard. Now that you know everything that you need to, it is time to take on the language and master it.

The basis of this framework is object-oriented programming. So it eliminates unnecessary codes and minimizes the code for the developers. Dot Net consists of reusable code and components. So it helps in rapid and cost-effective development.

Deployment is made easy with the features like no-impact applications, side-by-side versioning, private components, controlled code sharing, and partially trusted code.   It supports safe code execution and reduced conflicts in software deployment and versioning and minimized performance problems of scripted or interpreted environments.

.NET has been used to develop thousands of large and complex applications since 2002. It is very stable and reliable on both Microsoft Windows Server 2000 and 2003.

.Net developers can develop desktop applications, web applications, and mobile applications. .Net is a language-independent framework means you can choose any programming language like C#, VB.Net, Cobol and more.

To execute an SOA strategy .Net can be used. Applications which are designed in other programming languages, .Net is used to transmit the data utilizing standard Internet protocols.

If you are looking for a development company to develop a .NET web application for you, you should consider contacting Kanhasoft. It is a web application development firm with several years of experience and over 50 software engineers, each of whom specializes across a variety of languages and frameworks.