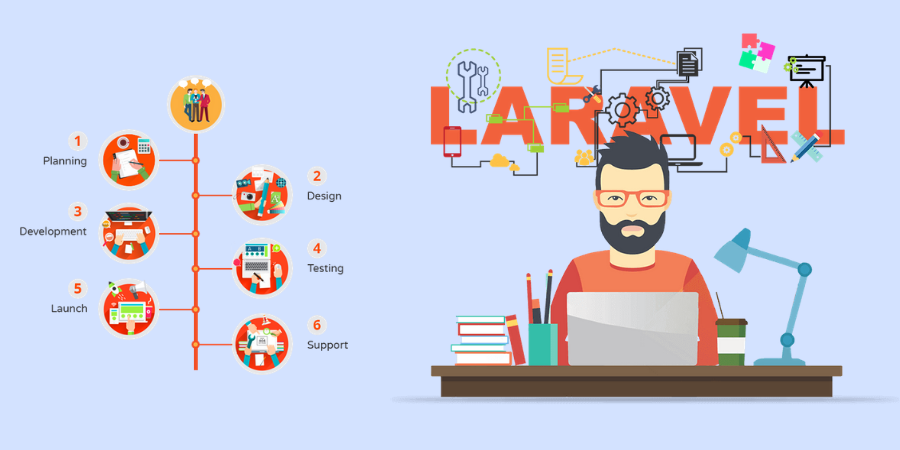 Digital Era is rapidly growing especially in the United States, Canada, Australia, South Africa, and Canada. With this, the demand for enterprise web application demand is also increasing. Laravel is widely used for the PHP web application development in major English speaking countries. Since 2015 it is growing upwards. Laravel is founded by Taylor Otwell in 2011.

What is Laravel Framework?

PHP is the open source server-side scripting language and it has MVC structure. For creating any custom Laravel web application, eCommerce or web portal development, Laravel is the first choice of the developers.

The major tasks like authentication, routing, sessions, and caching, Laravel can do in finger tap.

Demanding features of the Laravel Framework

How to Hire Laravel web developers?

As a matter of first importance, you have to choose whether you need to set up your own in-house team or to hire Laravel developer. This choice will decide your further planning for hiring Laravel developers. If you choose to go with an in-house team, the procedure will take longer and you may confront a couple of issues:

We have examined in the above blog why Laravel PHP framework is fundamental for the business. As you can see, there are plenty of reasons why you should hire Laravel developers. It has the number of advantages and other staying features which makes it the best system among all the others. Be that as it may, most importantly, it makes the development of web application smooth and gives the app new look.

Kanhasoft has been working with Laravel for more than five years and consider it a top framework to work with. Certainly, the trend is up for Laravel, in terms of its popularity and ability to scale with. Feel free to contact us today.