The 7 Best Frameworks for Mobile Application Development in 2021

There are plenty of frameworks available in the market that elongates the process of choosing the best framework for mobile app development in 2021.

Why are frameworks essential for mobile application development?

Businesses always look for a fast-track way to reach a global audience. So, the drastic increase in the use of mobile phones has led companies to switch their business website to mobile applications. Now, Everyone today relies on a mobile app for their everyday needs and requirements. Therefore, building a robust mobile application is a need of an hour for businesses to accomplish their business goals and increase sales. So, choosing the best framework for mobile app development is crucial.

Moreover, It lets the mobile app developers write just the source code for the app, and further, the framework renders the app for the desired mobile platforms by using different components. Thus, it helps to reduce the development costs, time and labor.

Therefore, Mobile app development frameworks no longer require you to learn complex programming languages. Knowledge of web-based languages like HTML, CSS, and JavaScript is enough to develop an interactive and high-performing native application.

Now, without wasting a minute, Let us get back to our main point of discussion in this post.

Being a leading mobile application development company in India, we have listed the seven best frameworks for mobile app development as per their use & popularity. 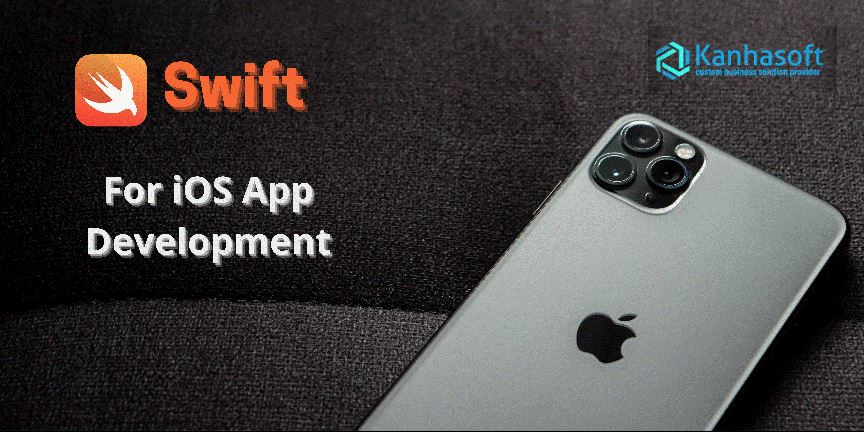 Swift is developed by Apple Inc. for its hardware like iPhone & iPad. It is the second most mobile operating system after Android. Swift is the most powerful, advanced  & highly intuitive iOS app programming language introduced to build applications for Apple devices such as iOS, iPad, tvOS, & watchOS. It enables the developers to write interactive code due to its expressive syntax and modern features that can be easily managed. Thus, the developers love developing iOS apps using swift. Therefore, the iOS applications build using swift are high-performing and execute lightning-fast speed.

Features and benefits of swift

Features and benefits of Kotlin 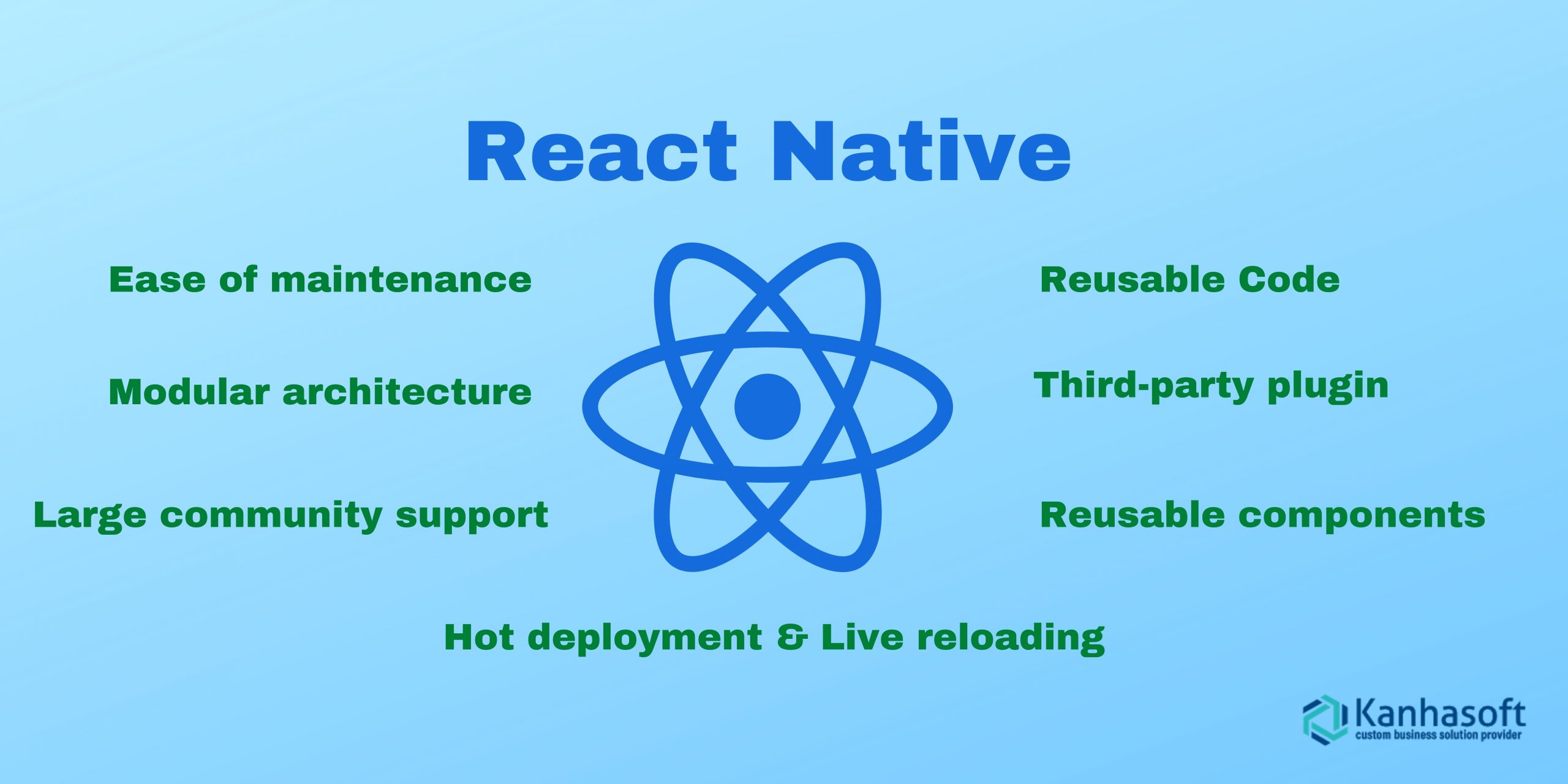 From the house of Facebook, react native is the most preferred framework of 2021. This react & JavaScript-based framework is used for cross-platform app development and doesn’t have a DOM API. It is an open-source framework that helps the mobile app developer in developing a rich application for android & iOS platforms simultaneously.

Moreover, React native offers a rich ecosystem with various libraries & tools that maximize production and reduce development costs. Thus, providing fast development and deployment. Also, React enables you to use it in your existing android & iOS projects and helps you create a whole new project from scratch.

React Native lets you build truly native apps and doesn’t compromise user experience. It uses the single code base for both android app development & iOS app development. Thus, save more time and helps businesses reach wider audiences in a short period. Moreover, it provides a fast refresh, which lets you see your changes as soon as you save with the power of JavaScript.

Features and Benefits of React Native 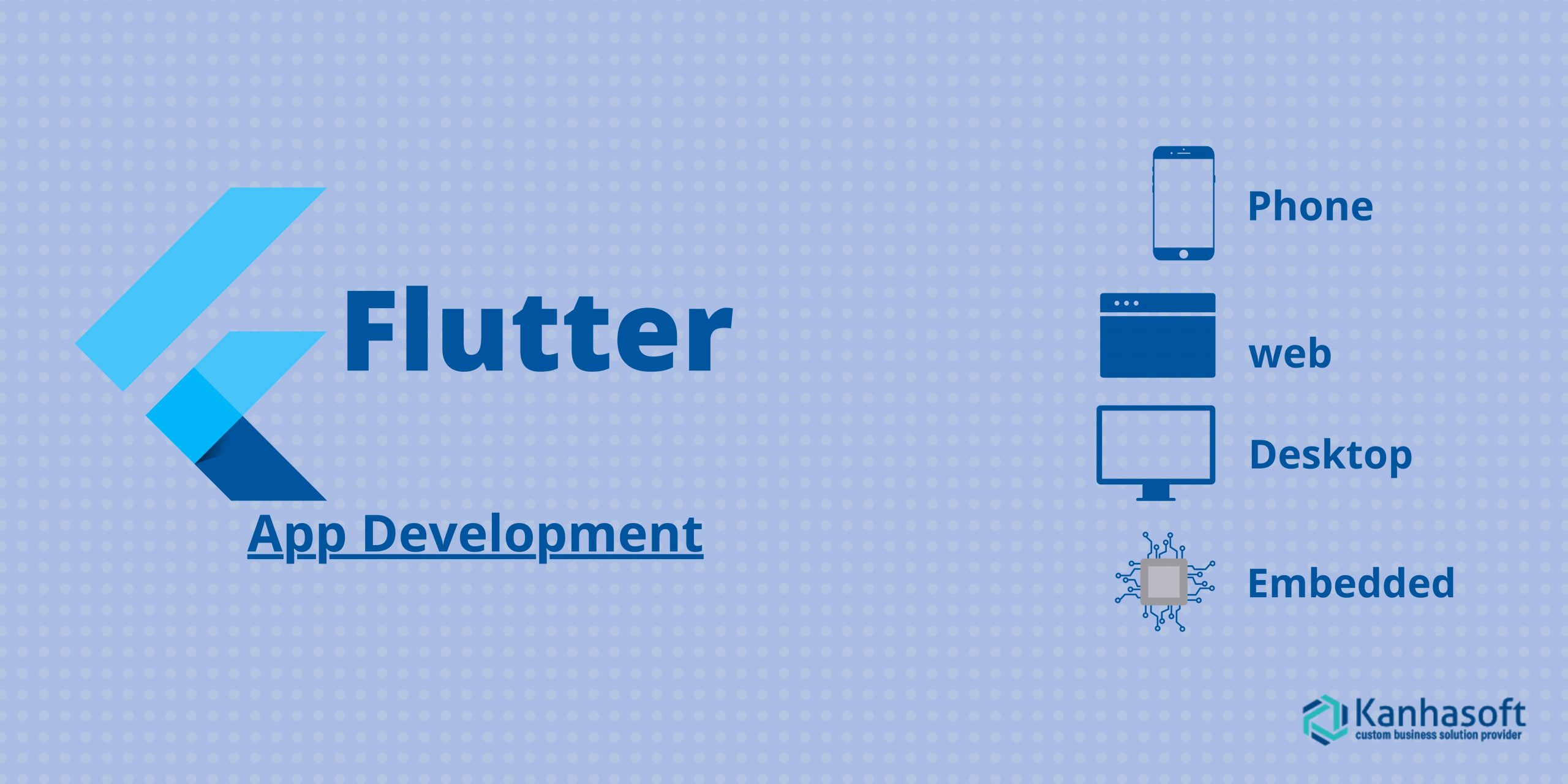 Introduced by Google and is now managed by an ECMA standard. Flutter is the portable user interface framework that uses a Dart programming language. Dart carries several identical features as other programming languages like Kotlin & swift, which can be trans-compiled into JavaScript code.

Flutter is one of the most popular open-source, cross-platform mobile app development frameworks. Hence, It is used for creating unique & interactive applications for mobile, desktop, and web. Moreover, The framework offers a wide range of fully customizable widgets, animations, and material designs for an improved user experience.

Flutter is a highly reliable mobile UI framework for developing a native-looking app for all platforms with a single code base, which speeds up the development process. It is an excellent app development framework for 2D mobile apps that runs on android and iOS platforms. Moreover, it develops fully-featured apps that include the camera, storage, geolocation, network, third-party SDKs & more. Also, it provides better control to the developer over the system.

Features and benefits of flutter

Examples of apps built with flutter 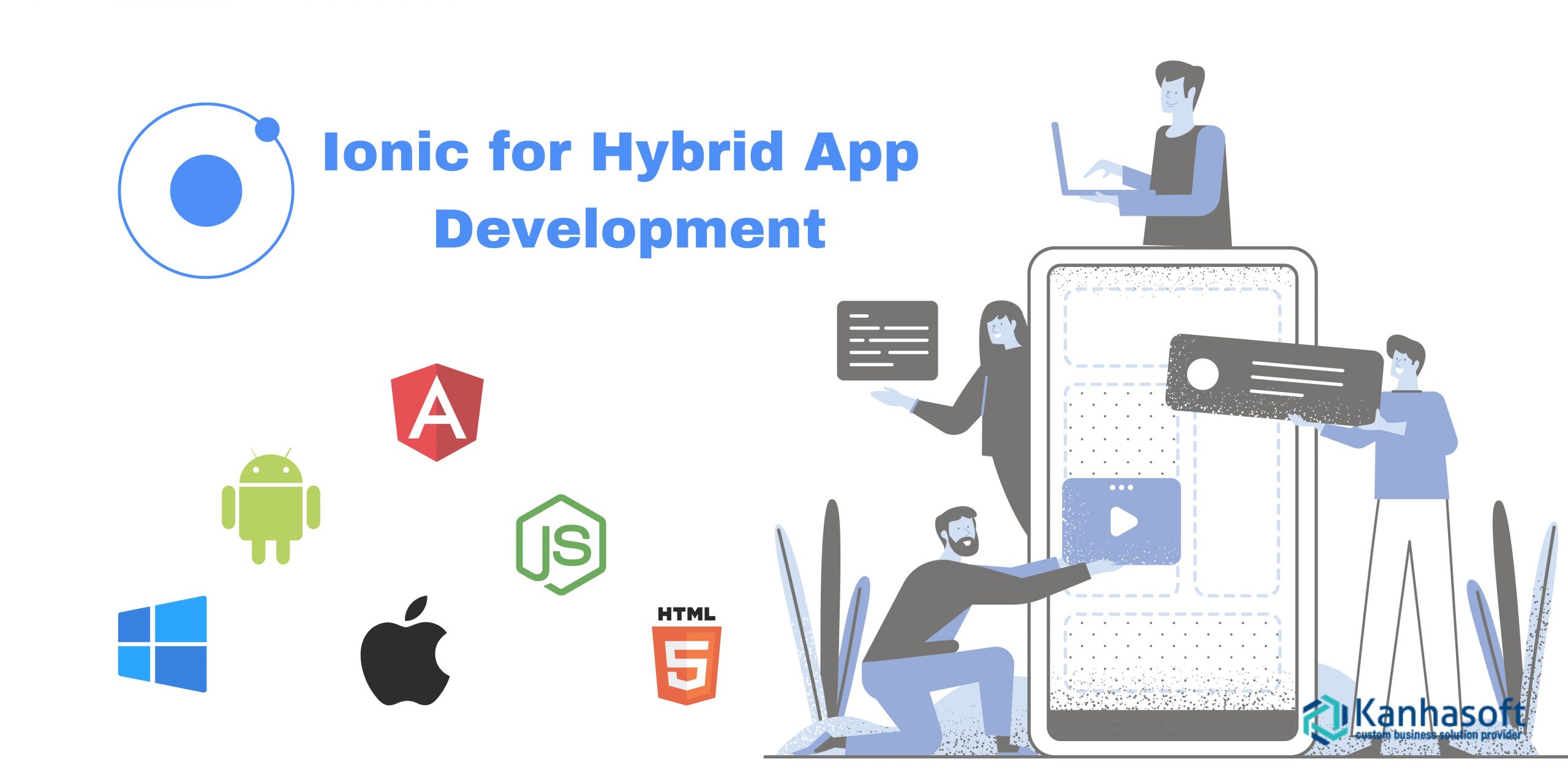 It is an open-source framework developed with Apache Cordova and Angular, which helps mobile app developers to build seamless performing apps for android and iOS. In addition, ionic possesses intuitive UI components for developing Progressive and hybrid web applications using technologies like HTML, CSS, JavaScript. It is standalone without a front-end framework using a simple script.

In addition, The platform is stable with over 5 million users and offers full control over the process of app development. It utilizes minimal DOM for improved performance efficiency. Moreover, It has its command-line interface tool, which makes the mobile app development process quick and easy.

Besides offering integration with angular, the ionic framework also provides support for Vue.js & React.js, which are in development. Ionic works well in the development of basic native functionalities within an app. It makes the app development process quick and cost-effective. Also, reduce the need for maintenance.

So, this framework suits the one running on a limited time and budget.

Feature and benefits of Ionic

Examples of apps built with Ionic 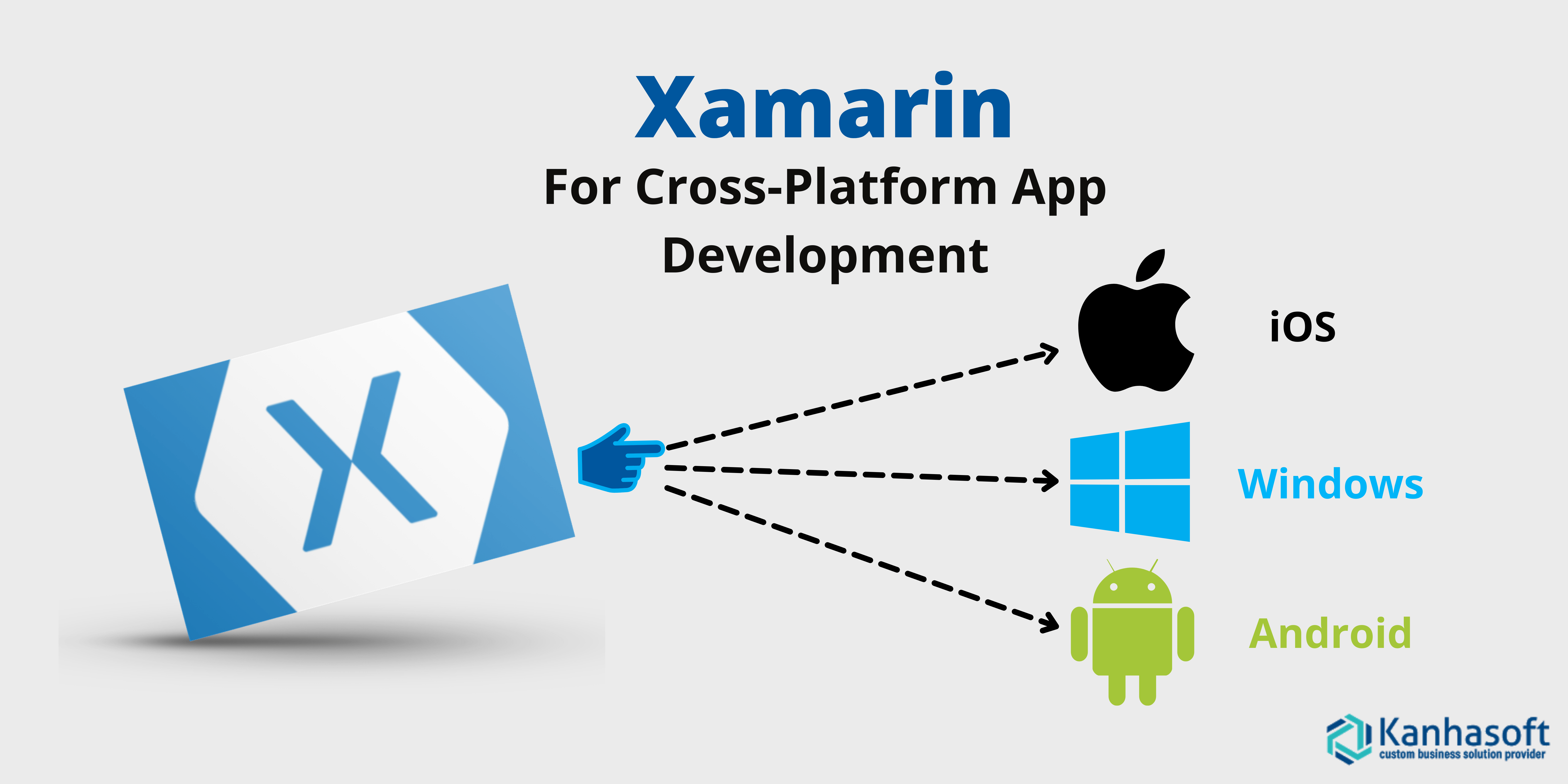 Introduced by Microsoft, Xamarin is an open-source, cross-platform app development framework based on .NET that uses NET & C#. Also, It shares the majority of its codebase across other platforms to build native and high-performance Android, iOS, macOS, tvOS, and watchOS apps. Thus, reducing the development time and cost for your mobile app.

Its C# codebase has access to all the features of the native SDK. Xamarin’s .NET platform possesses base libraries for working with strings, dates, files/IO, and more. Also, includes editors & tools for Windows, Linux, macOS, & Docker.

Xamarin combines the abilities of native platforms & adds some powerful features of its own such as a complete binding for SDKs, modern language constructs, super base class libraries, modern IDE, mobile cross-platform support, and more.

Features and benefits of Xamarin

Examples of apps built with Xamarin 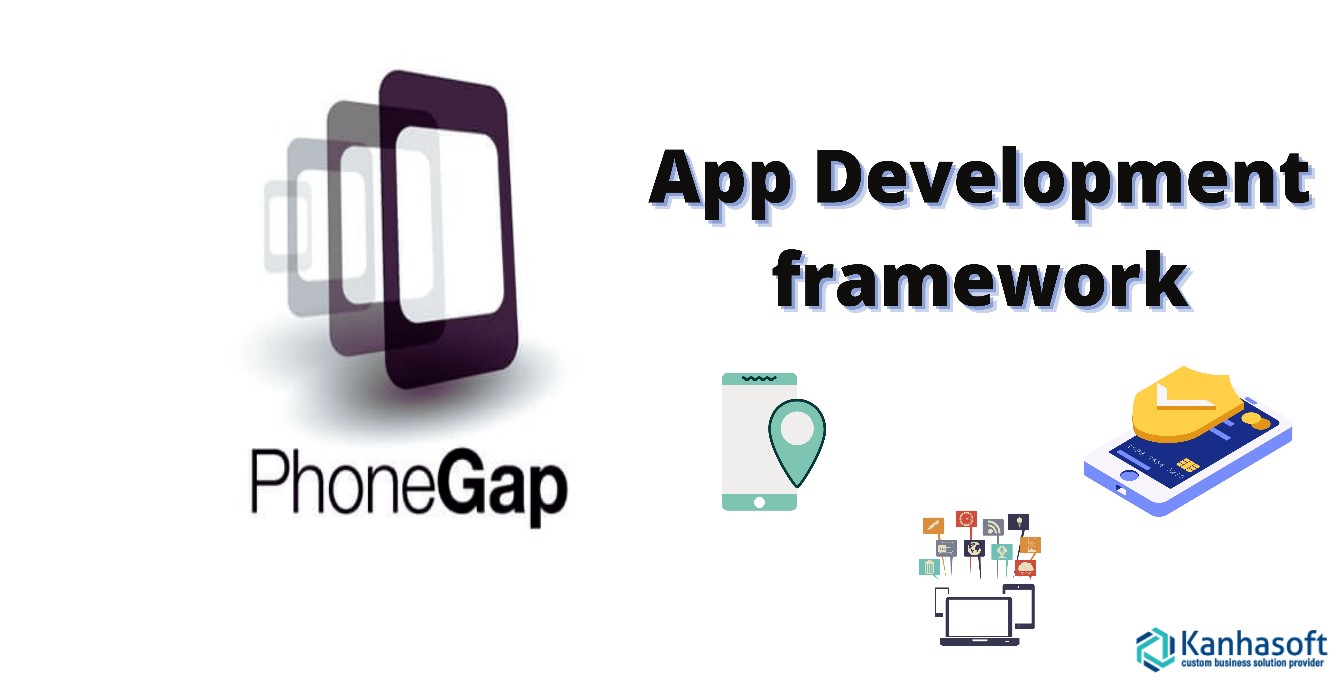 In addition, PhoneGap allows to easily use the embedded payment system and easily access device hardware like camera & GPS for a native-like app experience.

Features and benefits of PhoneGap

Examples of apps built with PhoneGap

Moreover, the selection of the best framework for mobile app development depends on your business needs, budget, technological requirements, and many other factors. So, if you need to develop a cost-effective application using fewer resources and time, then you can contact our team of kanhasoft for a free consultation. We will help you make the right decision as per your requirements. kanhasoft is the leading mobile application development company in India that carries a decade-long experience in developing reliable, secure & robust iOS and Android applications for your businesses.