Why Python(Django) Development is Growing So Quickly? 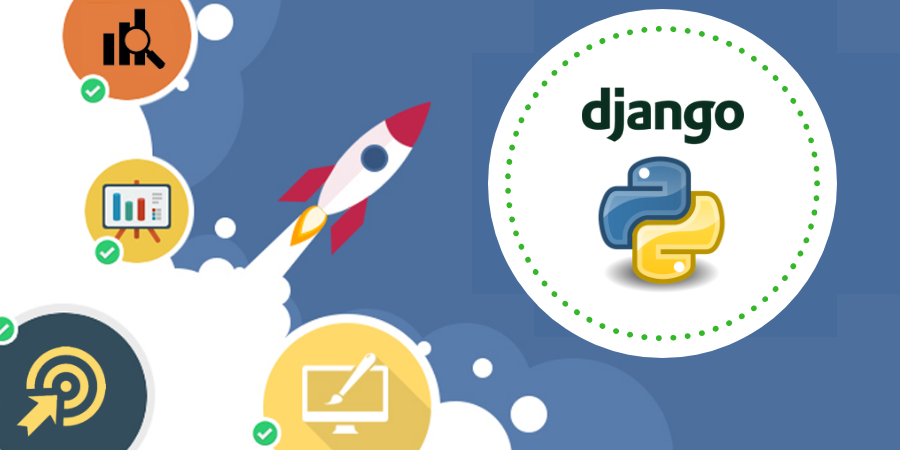 Considering that Python is a 25 years old language and still growing rapidly is a pure indication that it has a bright future. It has all features that other languages have to offer including C++, Java, and C. Python is the brainchild of Dutch programmer, Guido van Rossum. Django is a high-level Python Web framework which is used for rapid and dynamic web app development.

Django application development India has been incredible as well. Along with the United States, the United Kingdom, Canada, Australia, and the rest of the world, India has a total of 4.3 million Python language users.

What makes Python the one of most rapidly growing languages in the world? Let’s check out:

With extensive libraries, Python is the easiest language to work with. Some libraries and tools offered by the programming language include built-in types, functions, exceptions, and constants. It also offers file and directory access, file formats, and multimedia services. Python also has several GUI development tools including the tkInter.

Since it is a multi paradigm programming language, Python offers features including the object oriented, functional, imperative, reflective, procedural, and more.

Like we mentioned earlier, Python has more than 4.3 million users worldwide. Any problem you come across, it will be solved in a few hours with the help of the Python community. You will also be able to find complete information about the latest updates and how to work with them. A rich community support is the best advantage that any programming language can offer.

Any Django web application development agency will tell you that working with Python language is easy because it has better code readability. For instance, while writing the language, you use whitespace indentation instead of curly brackets for delimiting code blocks.

Compared to C, C++, and Java, when you program a web application in Python it requires less coding.

If you have to write Hello World

on Python, you only have to write — print(“Hello World”)

Python only takes one line but other programming languages take at least seven to eight lines.

Python promises multi-functionality, which means if you code for the Windows platform, it will work smoothly on Mac platform. You need to make absolutely zero changes. Not only does it save time, but also increases productivity. When you hire dedicated Python(Django) developer, it is more beneficial, since you can get double the work in the same amount of time.

Let’s take a look at technologies that are dependent on Python for their success:

We all know by now that Python is commonly used for developing system administration, web applications, and games. But the future truly lies in the hands of Python because many upcoming technologies are solely built using it.

Python has helped big data grow tremendously with analyzing information in huge clusters of computers using its highly advanced toolkits and libraries. Some of them used in developing big data include Scikit-Learn, IPython, GraphLab Create, Pandas, and Dask.

A futuristic technology, artificial intelligence is designed to reduce manual skilled work and improve the efficiency of developmental processes. Python is currently used to develop speech recognition system, interpreting images and videos into data, and autonomous cars all of which have build high hopes among the general population.

Python language is involved in networking automation tasks, which include reading, writing, and configuring routers in an affordable and secure fashion. Libraries and tools used by programmers for network automation include Junos PyEZ, NAPALM, Paramiko SSH, Netmiko, and Ansible.

Contact Kanhasoft today to develop your very own web application using Python(Django) programming language. Hire Dedicated Django developers and they will make sure that all your web application needs are met.