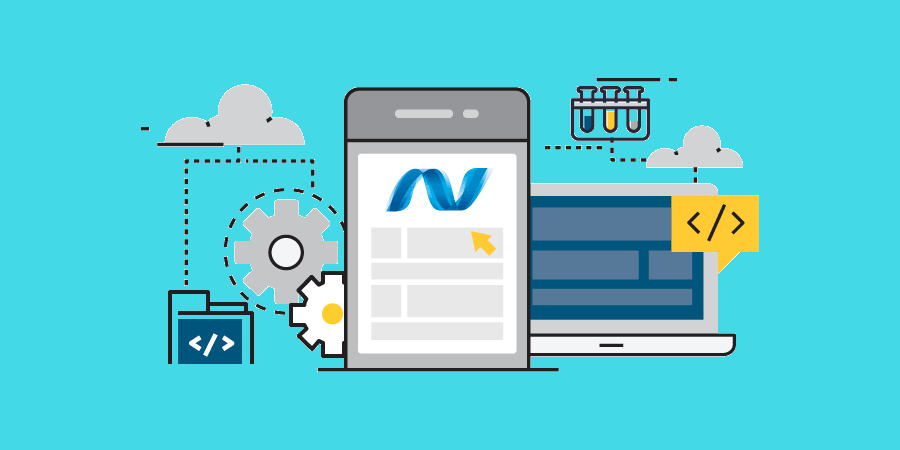 Modern technology and the constant exposure to the internet has made way for innovation in all areas of business, including the black market. According to a report from Statista, during the 4th quarter of 2017, more than 235 million web applications were attacked in the US. With hackers and cybercriminals finding out new ways to tap into data, applications, and networks, protecting business data is becoming a challenge. Businesses need to be alert and take a proactive approach to identify and address the issue of vulnerability of the applications developed.

Businesses are in the constant lookout to develop innovative strategies and solutions to stay ahead of their competitors. They adopt innovative mobile and web solutions that help them gain a competitive edge. Microsoft’s .NET is the best and most preferred solution for businesses large and small. ASP .NET web development services help in developing flexible applications in the desired budget and time.

History and Introduction of ASP.NET Versions

If you use .Net as a framework to develop web and mobile solutions for your business, or if you are an ASP.NET application development company, you need to make sure you take various security threats into consideration and deal with it firmly. Here are a few things to include for ensuring security in all your .NET developed applications.

When the application or software developed in ASP .NET allows logged-in users to perform actions without verifying authorization or uses the data submitted by the user without cross-checking it, it might lead to data tampering and a possible leak of information. To avoid this, you need to employ common data validation and authorization checkpoints to tighten security aspects across the entire application.

All the data processed and fetched from outside the trust boundary needs to be encrypted or encoded. Data encoding prevents information breaches and tampering. The type of encoding differs on the basis of the usage of the non-trusted data. For example, if the data is sent to the client’s page, perform an HtmlEncode using the command: Label1.Text = Server.HtmlEncode(Request.QueryString[“BadValue”]); Microsoft provides an array of sophisticated encoding methods that can be used in your ASP .NET application development process to secure data.

Cookies are used to store user information in the form of plain text in a users’ machine. Cookies can be used as a backdoor by the hackers to get inside your application. Since it is stored in plain text, it can be an easy target for the attackers. Therefore, you need to take utmost care while using cookies. First and foremost, avoid storing data in cookies. Host your application or software under SSL (secure socket layer) and mark your cookies as secure. Also, set the cookies as HTTPOnly as this would block the client-side script to read and access cookie data.

These are some of the important security measures that every ASP .NET application development company must take into consideration. Building strong security walls for the developed applications is vital nowadays, considering the increase in cyber attacks and security threats. If you wish to hire dedicated dot net developer to build highly protected solutions for your business requirements, get in touch with Kanhasoft.