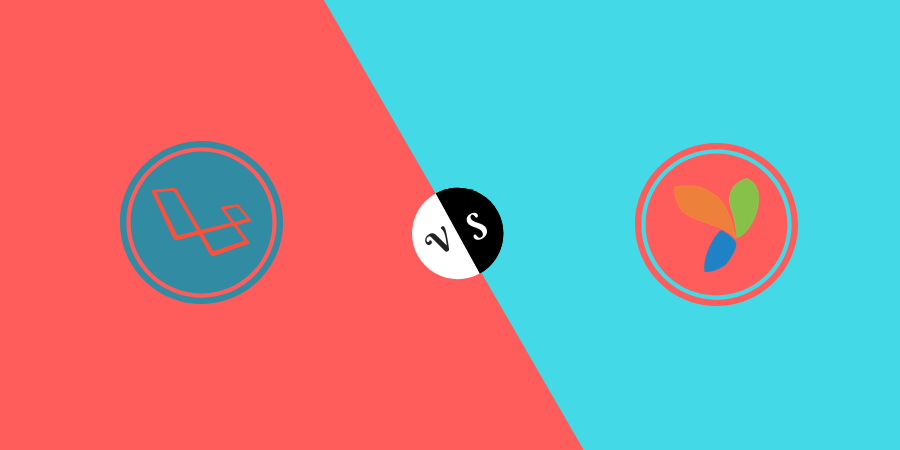 The clash of PHP frameworks is almost like a forever thing now. With PHP and its frameworks the hot favorite for website developers due to its versatility, rapidity, reusability, scalability, and feasibility, picking among the two frameworks itself becomes a challenging task for them. It’s like choosing between a chocolate cake and a cheesecake, both are equally tempting.

Building a website on raw PHP is time-consuming which is why programmers across the globe prefer to use PHP frameworks. They are the comfortable platform on which developers can easily build up quality websites and applications in the least possible time. Frameworks allow faster development alongside other advantages such as system scalability and easier code maintenance.

Everything is good but the real trouble lies while making a decision, which one to put to use. PHP being the widely popular scripting language, it has a pool of frameworks like Laravel, Yii, Symfony, CodeIgniter, Phalcon, Joomla, CakePHP to name a few. But since we are talking about war here, there has to be a clear winner, right? And so, today we will show you here the strengths and weaknesses of two such popular PHP frameworks and which according to us is a clear winner. Hope it will minimize your height of confusion.

Let’s know the contenders first a bit and what do they have in common.

Known as the most popular PHP framework for creative development, Laravel is for web artisans. It is such a simple and user-friendly framework that even a newbie in developing PHP websites and systems can work on it. The standard Laravel edition comes with ready migrations, models, services, controllers, and commands, that make it a complete package for website development. In short, Laravel application development brings out the creative side of web developers.

Another popular framework of PHP, Yii is known for its high performance and faster development due to its unique technique called ‘Lazy Loading.’ With its concept of Don’t Repeat Yourself (DRY) Yii helps developers to organize logical and well-written code base easily. Apart from that, its user-friendly theming and skinning mechanism, AJAX-enabled features that can be integrated with jQuery, rapid prototyping, all make Yii the top-favorite while choosing the PHP frameworks.

Yii is only compatible with PHP 5.4 or any higher versions while Laravel can mingle with a variety of higher PHP versions as well as PHP JSON and MCrypt PHP extension.

Installation of Yii is nothing with the provided templates. Just download the web application, run the software and you’re done. While  Laravel requires Composer PHP for installation which makes sure that the installation is carried out without any bugs and comes with a Laravel Installer containing an instruction manual to guide you throughout the installation process.

Laravel owns a light-weight templating engine known as Blade that allows using the code in the views. Using which, you can develop stunning layouts with minimized performance overheads. Yii has no such default third-party templating engine.

Laravel provides you with more than 9000 extensions while Yii offers around 2800 extensions. But when it comes to resources and peer support, the oldest one Yii leads ahead. It has a wider and oldest community support as compared to Laravel. But Laravel is not so far today. More people are contributing with resources like learning materials and documentation to make Laravel community a stronger one.

Yii supports a good number of testing tools, PHP unit as well as Codeception testing and has a comprehensive debugging console with multi-level logging options for debugging as well as database requests logging. On the other hand, Laravel supports Symfony testing tools such as HttpKernel, BrowserKit, and DomCrawler with PHPUnit and offers multiple options like logging and Imho. (Limited yet helpful for solving problems using Laravel-debugger extension.

Yii offers a great and compatible migration tool. Laravel offers developers the privilege of including seeders in order to make the migration process smooth and easy.

Form validation is quite time-consuming in Yii than in Laravel since it can validate data only if the user follows a set of instructions. In Yii application development, the developer is required to collect all data and put it on ActiveRecord for Yii to validate it, which also requires a custom verification. Its validation is connected to the class of a form or a model which enables to organize all the rules in the form. After receiving and updating the data, the rules can be verified and changes can be made using the validation scripts. Laravel, on the other hand, is simpler. It can validate data in any order and at any time. Its reliable Eloquent ORM can be easily extended for unification and Laravel also provides the option of choosing a variety of validations.

Yii and Laravel both are equal in terms of security offering multiple level security to users including passwords, authentication, SQL injections, Cross-Site Request Forgery, Site Scripting, and more. In short, both frameworks offer equally best in all that is needed for website development. Hence ultimately, its the developer’s decision to choose the right one for the project. And if you need such experienced and efficient Dedicated Laravel Developers or Dedicated Yii Programmers to work on your project, Kanhasoft can offer you both.